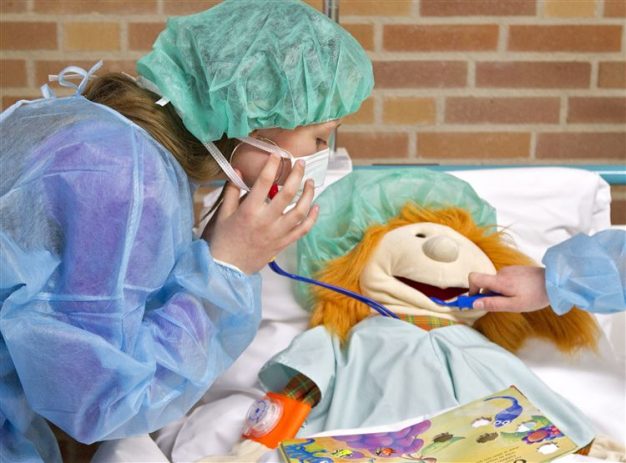 Hospitals in Croatia recognised for its children-friendly design

As part of an iniative to enhance and promote stimulating health care for children in Croatia, 28 hospitals were awarded with a title “Hospital/Children’s Departments – Friend of Children”.

In a partnership with the Croatian Society of Preventive and Social Pediatrics and the Pediatric Society of the Croatian Association of Nurses, the Union of Societies “Our Children Croatia” has developed a program “For the Child’s Smile in the Hospital” to enhance the hospital environment for children and their families. It is financially supported by the Ministry of Health and has been included in the Croatian National Plan of Activities for the Rights and Interests of Children.

The Union has been supporting a number of programs in the field of education, preventive health and social care that are important to children and their wellbeing.

“The goal of this programme is to promote more of a human approach to children’s treatments in hospitals”, explained Aida Salihagic Kadic, President of the Union of Societies “Our Children” Croatia.

“It is being accomplished through creating mutual participation and partnership between the medical staff, the parents and the children as well as volunteers. The programme consists of 12 areas with 73 requirements that need to be addressed by the hospitals/children’s departments”, added Kadic.

“During the implementation of the program, 36 hospitals/children’s departments in Croatia (95%) voluntarily participated and 28 of them gained an honorary title of ‘Hospital/ Children’s Departments – Friend of Children'”, said Kadic.

Children’s opinions and views on how they felt during their stay in the hospital are taken into account while assessing the hospital or department for a child friendly status. This is achieved through interviews with children and a survey conducted by the Evaluating Committee.

The findings were the basis for making positive changes, which were reflected in the holistic approach to the sick child, the stay of the parents with the child in a hospital and in the cooperation with the hospital staff as well as possible social activities of children in hospitals.

“The newly redesigned interior and exterior of the hospitals now have playrooms incorporated into most units. A large central indoor/covered outdoor playroom is equipped with stimulating play equipment for children of all ages. Patient rooms incorporate chairs that convert into beds so that parents can stay with their child around-the-clock.”

“This is why the activity “For the Child’s Smile in the Hospital” contributes to a successful implementation of the Croatian programme Child Friendly Towns and Districts by motivating the adults and the children to, according to their possibilities, realize –as best as possible – the rights and the necessities of children, as published in the UN Convention on Children’s Rights, within their local communities,”concluded Kadic.

About Union of Societies “Our Children” Croatia

The Union of Societies “Our Children” was founded in the 1950s and since then has actively participated through activities promoting the well-being of children. It’s a nonprofit, nongovernmental association focused on educative, humanitarian and voluntary activities.

All of the Union’s program activities are based on the UN Convention on the Rights of the Child and the wishes, interests and needs of children and parents.