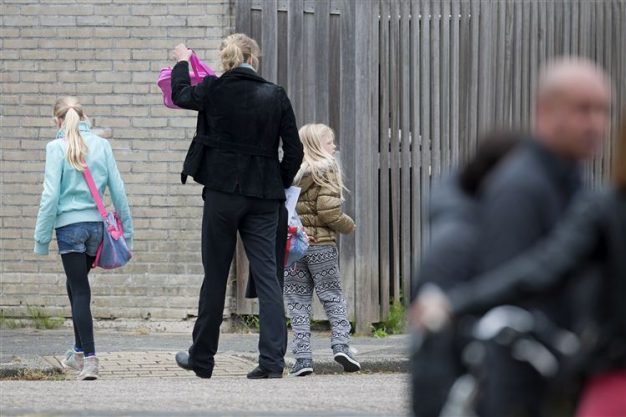 Derry- Londonderry was chosen by UNICEF as a project site because, in many ways, it is representative of countless urban areas of poverty and official neglect. The city has been identified as a pilot Child Friendly Community and is currently developing a partnership action plan. This is set within the context of the Regeneration Masterplan developed by ILEX the Urban Regeneration Company.

Urban regeneration, as one of the tools in the armoury of improving well being of children, has been adopted by Derry-Londonderry, a city in the Nothern Ireland, in the hope of solving social problems within the areas of high poverty.

Derry~Londonderry, second city in the Nothern Ireland, is a place of hope, optimism, determination and ambition. It has an extraordinary history, a vibrant youthful population and even was voted to be the UK City of Culture 2013. Derry has a population of over 107,000 of which 32,186 are under 18. And although physical violence is no longer a feature of everyday life, the less obvious manifestations of conflict such as residential and educational divisions remain.

In spite of these challenges there is a developing child-rights culture in the city and demonstrable commitment to ensuring that its youngest citizens are prioritised in the regeneration of the city.

Developing a partnership action plan is set within the context of the Regeneration Masterplan developed by ILEX the Urban Regeneration Company.

Clionagh Boyle, Chair of the Sectoral Working Group on Children and Young People for the ILEX, said: “ILEX was established to promote the physical, economic and social regeneration of the city and has specific responsibility to manage and re-develop two former military bases of Ebrington (26 acres) and Fort George (14 acres).

“The Regeneration Plan’s primary purpose is to articulate a focused and visionary, integrated regeneration strategy for the Derry City Council area and to provide a platform for the delivery of critical economic and spatial interventions by all the public executive bodies in an operational partnership.”

It is hoped that the opportunity to develop a UNICEF Child Friendly Community in this context will ensure that the needs and rights of children are at the heart of the regeneration process and tangible outcomes for children are achieved.

However, there are realistic expectations of having to face challenges tha may delay the desired outcomes of the initiative.

Boyle added: “The key challenge is that in relation to child indicators in the areas of health, safety, education, economic and environmental wellbeing, Derry/Londonderry is not the best place to grow up in. There is a correlation between family income and negative outcomes. This means that children and young people in poorer families encounter multiple challenges to their holistic development from an early age.”

Bright future for the Derry’s children

Implementing a Child Rights based approach through developing and implementing UNICEF Child Friendly Community Action Plan set in the context of the overall Regeneration plan is proposed as a key strategy for improving outcomes for children in Derry and moving towards the realization of the vision of a city that is the best place to be born and grow up in.

Clionagh Boyle is a Senior Early Years Specialist with Early Years, the Organisation for Young Children in Northern Ireland. Clionagh is Chair of the Sectoral Working Group on Children and Young People for the ILEX Regeneration Materplan for Derry.

Clionagh has a particular interest in the protection of young children’s needs and rights in situations affected by conflict.