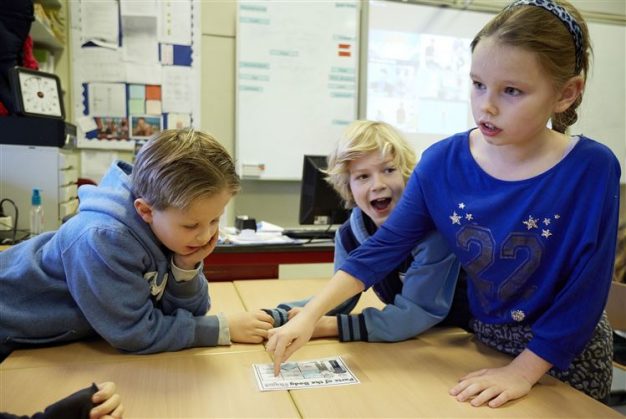 Children as active researchers and contributers

The trend of involving children more actively as part of their right to participate introduces new creative child-friendly participatory methods. Youth experts in the Netherlands adapted research methods, which helped the participating children gain new insight into the chosen topics, but most importantly made them active contributers to already existing knowledge based on research of adults.

In order to use the full potential of children and to stimulate their critical thinking, Alexander Foundation and International Child Development Initiatives set up a pilot-project on research by children aged 11-12. The project was presented at the Child in the City conference in Stuttgart and the presenters revealed the following:

“This so-called Child Research Group was challenged to reflect on their position as a child within the society and to explore how other children experience their position,” commented Asia Sarti, Project Manager at the Alexander Foundation.

The Child Research Group carried out a research in a period of three months during the first two quarters of 2010. The researchers were inspired by the method being used at the Child Research Center at the Open University in The United Kingdom. The research activities have been adapted to the Dutch context and resulted in a training program of 10 sessions.

Several topics were chosen for example: the climate, playing and toys, leisure time, bullying and the right to information.

“These themes all have in common that they act upon the way children judge the quality of life and their environment and the extent to which they have influence upon, ” added Sarti.

After defining the research topic, the children were challenged to formulate research questions and to develop methods and instruments for collecting the data. The children also discussed ethics within research and have drawn their own code of conduct that was applied during the research.

With their own set of methods, the children reached out to peers and carried out questionnaires, interviews and observations. After gathering these data, the children analysed them and drew several conclusions. The results will be presented in May 2010 for a broad audience including parents, teachers, policy makers, media etc.

Benefits for the young

“Besides activating children, this project has a strong educational component by teaching children research skills. Step by step, the children came to know about the different components of doing a research. Several important elements as collecting data have been introduced and practiced.”

Alexander Foundation is a non-profit Dutch national research institute on youth participation that implements projects for those already working with or interested to work with youth participation.
Since 1993, the Alexander Foundation has been active in the area of participatory youth research and has set up training and coaching programs for children, young people and professionals that draw on a variety of participatory methods.