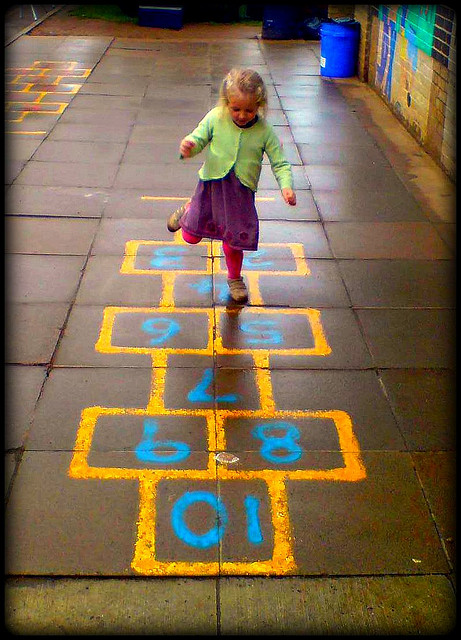 Provision of public space facilties is in decline, yet evidence suggets that play is needed for healthy development of children. Landscape planners from Vienna, the Austrian capital, consult children, families and local authorities to create more play areas for the local children in order to enjoy youthful life they deserve.

Posch raised the issue of children in Vienna, who are increasingly spending less time outdoors. She named various factors which contributed to this problem such as the growing provision of regimented afternoon childcare, the rising volume of traffic in the city, but above all a lack of open spaces that children can claim as their own.

“Open spaces are necessary and provide for healthy development of children if they can move around without restrictions and also unaccompanied by adults. Therefore we introduced a number of initiatives to create new play areas that attract children,” said Posch, partner of the group PlannSinn.

Posh introduced a children-friendly scheme: ‘More Space – Play Spaces for Children’ at the Child in the City 2004 conference in London.

She explained that the aim of the project was to increase the number of playing areas for children. To ensure successful realisation of these activities, the local authorities, parents and the children themselves were all invited to activity participate in shaping the playing areas.

“Each change of public space in Vienna needs the approval of numerous different municipal departments. This can make the realization of unconventional ideas sometimes very complicated. That is why we invited influential individuals from the institution to help with the project planning and implementation,” said Posch.

The research-project “More space 1999” initiative was conducted by urban planners and scientists of different disciplines. They were researching what type of impact had lack of space on development of children and young people. Posch revealed “Hyperactivity, restlessness and lack of concentration, postural deformities and deficits in their psychosocial development were some of the identified effects”.

This initiative focused on specific changes that were made in specific areas. The team looked at open spaces that were not specifically designated as places for children, i.e. streets, pavements, squares, etc. but rather areas freely accessible to them.

Posch explained, “The planners specialising in play areas accompanied children on walkabouts through the selected neighbourhood. This enabled the project team to identify places that children like to play in, where they feel afraid and their favourite places for meeting up with their friends.”

The parents were invited to attend workshops with the aim to introduce a series of proposed measures and to increase the levels of independent mobility for the children.

These proposals were introduced to the local district council and municipal departments. Successfully a number of measures listed below were subsequently implemented and during the following years further steps to the child-friendly neighbourhood were made.

To increase visibility, ground markings for hopping games were drawn on several pavements.

Restaurant owners were given stickers marketing their establishments as child-friendly restaurant in order to attract more families.

The children’s advisory board “Leos Lupe“ was established in September 2002 and is represented by children of school years 4 to 6. Each class is “in office” for a one-year period. The children produce expert appraisals, develop projects and administer their own budget.

Some residential streets get closed off to motorised traffic every Saturday afternoon and designated as a play street for children.

For the last decade park supervision has been a very effective measure in Viennese parks to cope with the conflicts of different users of the parks. Three or four times a week teams of young adults organize chilren’s friendly games.

About PlannSinn
PlanSinn was founded in Vienna in 1995 by a group of landscape planners and is an office for planning and communication activities. The company’s portfolio comprises project management, open space planning, PR, specialised articles and reports, anchoring, empowerment and research. PlannSinn focuses on urban development, environment, empowering children and youth. Their multidisciplinary team of ten individuals combines a wide range of expertise in a working partnership. For more information, visit www.plannsinn.at. 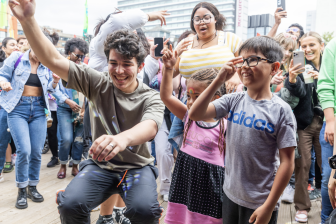