‘The future of Europe will be created in cities by our children and young adults, therefore, cities need to be child friendly! The City of Ghent truly understands this need.’

Ghent – the most child and youth friendly city

With more than 250.000 inhabitants, Ghent is the 3rd largest city of Belgium. In 2013, the newly elected city council announced its commitment to become the most child and youth friendly city of the Flemish region. This ambition was the key, the integral policy goal within the municipality’s mission statement and overall strategic plan. This was a bold political choice, all the more remarkable, given the context of budgetary constraints and confusion about the future of local youth policy at the level of the regional Flemish government.

Becoming a child friendly city requires much more than attractive new playgrounds: it implies coordinated commitments and action in each of the domains that impact on children and young people’s lives: education, mobility, spatial planning, social care, health and wellbeing, environment, culture and sports, as well as the more obvious youth and play services.

A genuine child friendly city will bear down on child poverty, youth unemployment and be committed to accessible, affordable high quality childcare.

‘There is no more efficient approach to children’s rights like in the local communities and governments.’

Departments of the city administration, as well as parents, teachers, economical actors, social workers, and commercial entrepreneurs need to be involved. Therefore, an inclusive and integrated approach is necessary: combining different stakeholders and addressing the full diversity of children and young people – especially the most vulnerable.

To achieve this, Ghent can build on its long history of integrated play area planning. The city’s youth department was one of the first in Flanders to bring together representatives from different departments around the planning of playgrounds, based on an integrated vision for child-friendly urban planning and design. This culture of shared responsibility for creating play opportunities for children helped the city to take the next step towards an integrated Child and Youth Friendly City strategy.

The main Child and Youth Friendly City strategies include:

These strategies and more will be discussed during the Child in the City Conference between 7 and 9 November 2016 in Ghent, Belgium.

What to visit in Ghent

‘Are children getting their space and playing opportunities in cities? Child in the City is giving insight on the latest research and experiences worldwide’

Ghent offers a rare combination of an intimate compact city and the openness of a metropolis. It is a versatile city, historic and yet contemporary at the same time. With numerous museums, cultural centers, festivals, monuments and the title of ‘Unesco creative city of music’, Ghent is a genuine city of culture.

Ghent breathes history but is also brimming with culture and modern city life. Ghent is one of Europe’s greatest discoveries – small enough to feel cosy but nice enough to stay vibrant. It has enough medieval frivolity to create a spectacle but retains a gritty industrial edge that keeps things ‘real’.

The city offers fabulous canal side architecture and some of Belgium’s most fascinating museums.

Over 70,000 students make Ghent the largest student city in Flanders, including Ghent University that ranks 71 on the ‘2015 Academic Ranking of World Universities’.

The young heart of the city boosts innovation and creativity. This is reflected by Ghent’s economy and its commitment to the fields of biotech, cleantech, ICT, materials, logistics and health care.

Ghent is a historic city, yet at the same time a contemporary one. The modern daily life of the city’s active inhabitants plays itself out against a gorgeous historical backdrop. 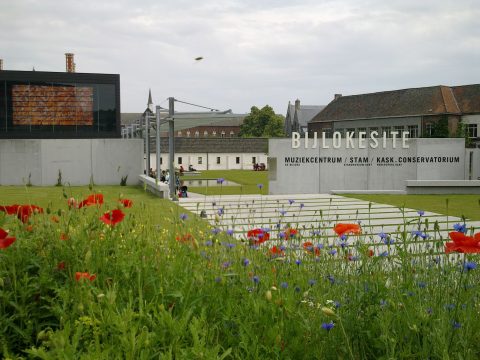 Part of the conference will be held at the Bijokesite. This is a green oasis close to the city centre, a haven of culture on the banks of the river Leie. For seven centuries the sick were cared for on this site, but then a quarter of a century ago the hospital vacated, making way for a number of departments of the college of higher education (School of Arts/ University College Ghent). Numerous other educational and cultural organisations followed. STAM (the city museum) is also located on this site. Temporary exhibitions explore the concept of ‘urbanity’ from different angles. STAM’s real showpiece, its raison d’être, is the city itself. However, a visit to the city museum is not complete without a visit to the Ghent City Center. 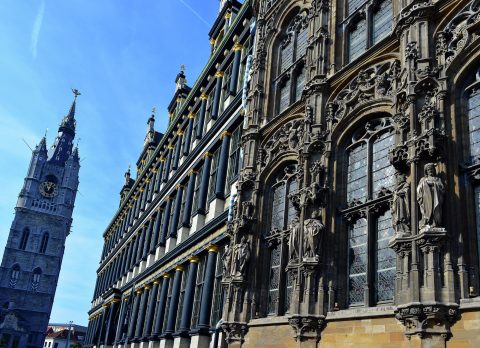 Ghent’s town hall is a building with many faces. The flamboyant Gothic style of the façade in Hoogpoort contrasts sharply with the rather sober Renaissance style of the Botermarkt side. You can also see many different styles inside of the building: the Arsenal Hall with its wooden vaulting, the marvelous Wedding Chapel with the counts of Flanders immortalised in stained glass windows, the Pacification Hall with its white and black paved labyrinth, a symbol of the quest for justice and happiness, and many more. 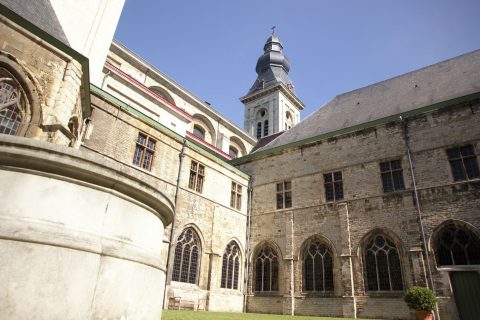 St. Peter’s Abbey is one of the finest monuments in the city. It helped to spawn the city and when it closed down at the end of the eighteenth century it was the richest and most powerful abbey in the low countries. It is a place steeped in history. Its historical importance is evident from the abbey buildings at Sint-Pietersplein. Despite the fact they represent but a fraction of the very varied architectural history of St. Peter’s Abbey.

The 8th Child in the City Conference will take place between 7 and 9 November 2016 in Ghent, Belgium.