The Child in the City International Seminar: Child poverty in Western Cities will take place at the Met Hotel Leeds which is in central Leeds on King Street, LS1 2HQ, Leeds, United Kingdom.
Leeds is very easily accessible by air, train and road. You can fly to Leeds directly or take a train from Manchester or London. Be aware that Leeds is only less than 2,5 hours away from London by train ( by London North Eastern Railway).
Please find more information on hotel and travel below.

Opening in the late 1800’s The Met Hotel Leeds has welcomed guests to Leeds for over a century. The Met Hotel Leeds is still a much-loved landmark in Leeds’ cityscape, blending its original design with contemporary interiors to create a 4-star city centre retreat. 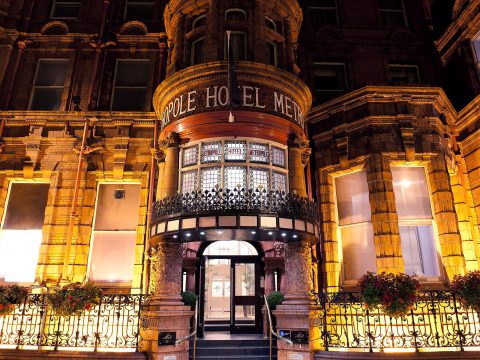 Hotel booking:
We have negotiated prices with the conference hotel. You can call the hotel directly to book and receive the negotiated rates. Please refer to  Leeds City Council / Child in the City Seminar. Phone: +44-113-2450841

Be aware that Leeds is only less than 2,5 hours away from London by train ( by London North Eastern Railway).
The Leeds Station is conveniently located a 3-minute walk from Hotel Met Leeds serving both national and regional routes.

Use the following navigation coordinates (53.796678, – 1.550327 ) and postcode (LS1 2HQ) to find the hotel. There is limited on-site parking charged at £20 for 24hours (verify availability before arrival), and an NCP lot at Leeds Station. A city bus goes from the bus station stopping opposite the hotel on King Street.

Leeds Bradford International Airport is 11 miles north—or 25 minutes via taxi—from Hotel Met Leeds. An average one-way taxi fare costs £15, and the bus fare from the airport is about £2.50.
Manchester Airport is 90 minutes by car. A train goes direct from the airport to Leeds city station.
From Airports in London: be aware that Leeds is only less than 2,5 hours away from London by train ( by London North Eastern Railway).