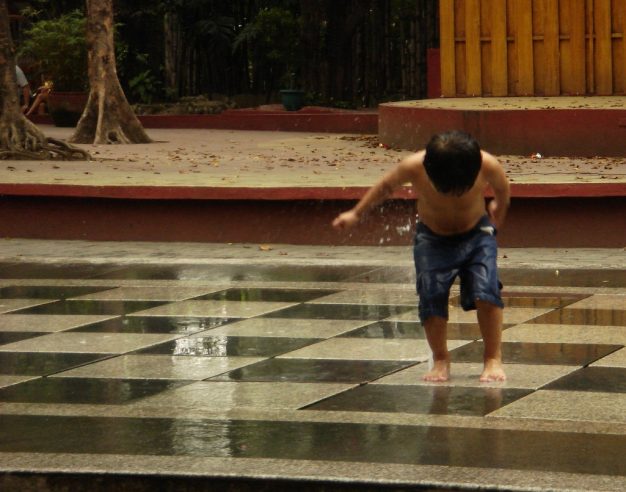 Children’s play is central to their human rights

In this third part of his keynote presentation to the Child in the City international seminar on children’s play, held in November 2017 in London, Adrian Voce outlined the legal framework for children’s right to play. He argues that this rights-based approach represents the international consensus which, interpreted and elaborated at different levels of government, is the only one that secures children’s play as an abiding priority, independent of market forces, political expediency or different sectoral interests.

The diverse range of perspectives on children’s play, and the variety of professional sectors with an interest and an influence on how to make space for it – or not – makes the search for a consensus a vital one. Without crosscutting agreements about the nature of children’s play and the role of adult society in providing space and opportunities for it, this fundamental need in our youngest citizens is at the mercy of markets in which they have negligible power, and political ebbs and flows in which they are similarly unrepresented.

Thus, children’s right to play, as defined in the UN Convention of the Rights of the Child (1989) must be the framework within which governments and civic society determine how the public realm responds. It represents the international consensus, provides the mandate for advocates, and forms the legal framework for policymakers to act – nationally, regionally and locally.

For cities – indeed all municipal authorities – this legal duty to provide for children’s right to play is further developed by the UN World Conference on Human Settlements (Habitat II) of 1995. This established both that the built environment was an important factor in children’s rights, and that local, not just national, government has a vital role in protecting and promoting them for all children. It also conceived the Child Friendly Cities Initiative being led by UNICEF, which this network, the European Network for Child Friendly Cities, is designed to complement and support.

Children’s right to play has however, been widely neglected by local as well as national governments, more concerned with evident problems related to children’s health and education. Even within the children’s rights movement, which places great store on children’s participation, play is often overlooked earning the title of ‘children’s forgotten right’ with some advocates (Voce, 2015).

Yet Lester and Russell (2010), in their paper in support of a general comment from the UN about the right to play, argued that play is both ‘fundamental to the health and well-being of children…’ and ‘the principal way in which children participate within their own communities’.

‘Play is fundamental to the quality of childhood, to children’s entitlement to optimum development, to the promotion of resilience and to the realisation of other rights’

– UN Committee on the Rights of the Child

The UN’s subsequent General Comment 17 (GC17, 2013), which expands on Article 31 of the CRC, about the right to play and recreation, concurs with Lester and Russell that children’s right to play is central to the four general principles of the convention, contained in articles 2, 3, 6 and 12. These are that states’ parties must not discriminate against the child or individual groups of children; must support the child’s life and optimum development; ensure that all policies affecting children are in the best interests of the child; and respect and enable the child’s right to be heard and to participate.

GC17 is clear that children’s right to play ‘is fundamental to the quality of childhood, to children’s entitlement to optimum development, to the promotion of resilience and to the realisation of other rights’. It urges governments at all levels to elaborate measures to meet their obligations to respect, fulfil and protect the right to play and recreation for all children and young people.

Embracing this children’s rights perspective on play advocacy does not mean ignoring the problems that may preoccupy politicians, or neglecting the need to develop a credible evidence base of the benefits of different types of intervention; far from it. The different approaches are not a binary choice. The rights-based approach does however carry an authoritative mandate – and it means that the different perspectives on children’s play, and the different sectoral interests involved in providing space for it, can be reconciled within a common frame of reference that has been adopted by almost every national government of the world.