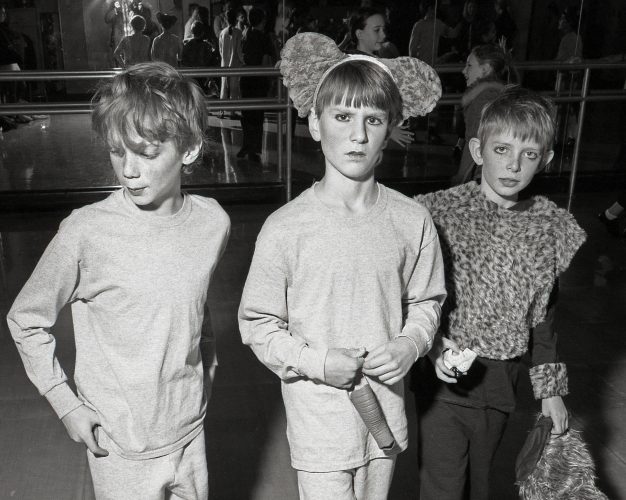 The artist and photographer Mark Neville in collaboration with the Foundling Museum in central London is to stage a new exhibition of original photographs of children playing in different contexts. The exhibition will be accompanied by a book of the same photographs alongside an essay exploring society’s response to children’s right to play by ENCFC President, the writer Adrian Voce, alongside an historical perspective on the theme by the exhibition’s curator, Nicola Freeman.

As identified by the UN in the 2013 General Comment on Article 31 of the Convention on the Rights of the Child – a child has a universal human right to play. A new exhibition of photographs, as well as a symposium and photobook, by photographer Mark Neville, aims to generate debate around the complex nature of child’s play, and to advocate for improved provision for this universal right. At a time when up to 13 million children have been internally displaced as a result of armed conflict, photographer Mark Neville presents a series of images of children at play in diverse environments around the world. Immersing himself in communities from Port Glasgow to North London, and in the war zones of Afghanistan and Ukraine, the series is a celebration of the thing that all children, regardless of their environment do – play. 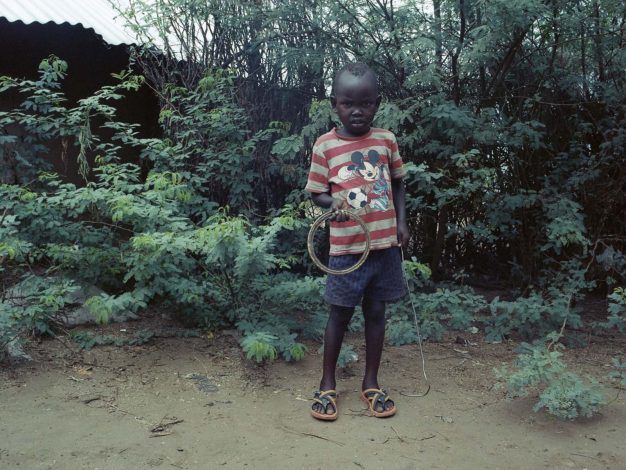 Through his photographs Neville captures children’s spontaneous urge to play and their determination to do so in the most unfavourable environments. His images reveal how, through play, children claim a place of power, safety and freedom.

Presenting the images on display along with an overview of the groundbreaking work in the field of child’s play, a book will seek to raise awareness of this universal right, and also focus attention on attitudes towards play in the UK and how the conditions for children can be improved.

Photo-book to form part of campaign

A hardback book of the photographs will feature an essay by Adrian Voce, the former playworker, writer and recently elected President of the European Network for Child Friendly Cities. This will give an overview of  children’s right to play and set out the case for a proper policy response, alongside a review of cultural representations of children at play and historical attitudes towards childhood, as seen through the prism of the Foundling Hospital, by curator Nicola Freeman. Copies of the book will be disseminated free to key policy makers and government departments, experts in the field, and to each of the UK’s 433 local councils, in order to directly impact upon government policy thinking and strategy.

In the context of the Museum, the idea of spontaneous play is set against the institutional play evidenced at the Foundling Hospital through archive photographs and film footage. Founded in 1739, the history of the Hospital mirrors the growing recognition of the distinctive needs of children, and the role of play in their lives – from the proliferation of children’s toys and books in the 18th century and campaigns for playgrounds throughout the 19th century, to the closing of the Bloomsbury estate in the early 20th century, now within a fully developed area of London, to give the children better access to fresh air and nature.

Mark Neville said: “The right of the child to play a barely discussed, yet fundamental human right. We aim to use the Museum as a space for debate and an instrument to improve the rights of vulnerable children.

“By addressing the issues through three symbiotic strategies – an exhibition at the Museum, a hardback photobook with a targeted dissemination, and a symposium – we believe we can really make an impact on this forgotten right.”

Caro Howell, Director of the Foundling Museum, said: “Play is creative, disruptive and a universal human drive. Mark Neville’s powerful images demonstrate its essential role in enabling a child to make sense of the world and to shape their place in it, no matter how challenging the environment.”

A symposium on the themes of the exhibition will be held at the Foundling Museum on 20 March.